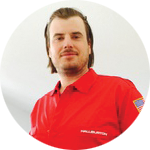 “I never thought in a million years that I would own a home,” says Chance. Before even graduating from the Electronics Engineering Technology Program at Western Tech, Chance was exposed to the Real World. He was interviewed by Halliburton and immediately offered a job in Odessa, Texas as a field technician making $60,000 annually. “Trust me, I am truly grateful but I don’t forget where I came from,” Chance commented.

Chance’s, journey wasn’t easy, he and his wife worked at low paying jobs, were behind on several car payments and had no place to live. “We stopped paying all of our credit cards. We had just enough money to put food on the table and gas in the car so that we could eat and I could go to school,” said Chance. He recalls a time where he didn’t have enough money for gas. As he made his way to school, he put his car in neutral so he could “coast” downhill, in hopes to save gas and make it to class. “These are the sacrifices we make,” said Chance. 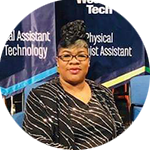 “Western Tech has equipped me with a top of the line education that has enabled me to persevere in my career,” stated Faison. As a graduate of the Business Administration and Management Program at Western Tech, Faison was hired as the Director of Operations at the Better Business Bureau. “I am grateful to Western Tech […] 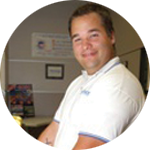 “After three months on the job my boss told me I was the best investment they’ve made in the U.S.,” says Jonathan Wilder, a graduate of Western Technical College’s Electronics Engineering Technology program. “I told him he could thank Western Tech for that.” After completing the program, Jonathan was hired by On Site Safety, Inc., […] 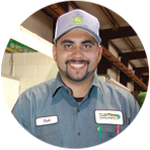 “The Diesel Mechanics Program at Western Tech prepared me for the Real World through hands-on training and classroom theory,” says Rick. He claims that the mock interviews conducted by Career Services also made him more confident and prepared for job interviews. “They showed me how to express myself and explain what I know with confidence.” […] 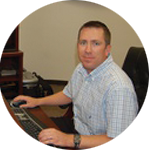 “Thanks to Western Tech, I received a solid foundation through Real World training and certifications to excel in a very competitive environment,” Jeff commented. “The training and tools, along with hard work, provided me multiple opportunities to excel in my career.” After graduating from the Microcomputer Technology Program at Western Technical College, Jeff was hired […] 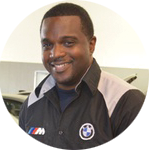 “The way Harrigan carried himself and the Real World training he received, sold me on his future here with us,” said Willie Estrada, BMW Service Manager. “He knew that he needed to keep learning, and he was willing to do that.” Before graduating from the Performance Tuning program at Western Technical College, Wytfar Harrigan had the […] 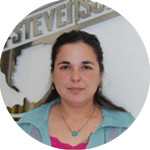 “Western Tech has been a part of my personal and professional life since I first started there as an automotive student.  The knowledge and Real World training I received at WTC is what has allowed me to be taken seriously as a technician, not just a girl trying to do a man’s job,” commented Gaston. After […] 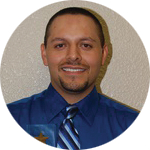 “My Real World experiences at college were difficult and at times stressful, but throughout my time I thought of the benefits that would come out of it all.” He adds, “I want to thank my parents for supporting me, Western Tech for preparing me for the Real World, and those that said I couldn’t do […] 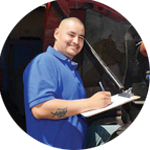 “It was great learning how to take things apart and put them back together like it’s done in the Real World. I really enjoyed learning the parts of an engine and how they function,” commented Gonzalez after graduating from the Diesel Mechanics Program at Western Tech. “My favorite phase and Instructor was the electrical phase […] 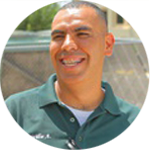 “I had a family,” Alvarez said. “I was able to work and go to school at the same time. That’s what got me to go to Western Tech. I would recommend no other colleges. I know the flexibility that Western Tech offers. For people like me, who have families and need to work, it truly is a college […]

“I never thought in a million years that I would own a home,” says Chance. Before even graduating from the Electronics Engineering Technology Program at Western Tech, Chance was exposed to the Real World. He was interviewed by Halliburton and immediately offered a job in Odessa, Texas as a field technician making $60,000 annually. “Trust […] 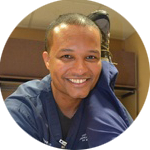 “Western Tech helped prepare me to work in a variety of settings…they helped me to become a stronger student and a strong professional…ready to take on the Real World,” said Andino. Wilfredo Andino Jr., a Physical Therapist Assistant graduate, stated, “I learned to appreciate the most challenging and difficult moments in the program because Western Tech […]